Worldwide, AI is Providing Utilities With a Powerful New Tool in the Fight Against Electricity Thieves

Published by Gautam Aggarwal on September 6, 2022

Utilities around the world continue to struggle with energy theft, with an estimated $80 to $100 billion lost globally to theft each year.

In India, some DISCOMs report losing as much as 25% of their total revenue to theft. In the United States, the US Energy Information Administration (EIA) estimates that electricity transmission and distribution losses were about 5% of the electricity transmitted and distributed in the United States between 2016 and 2020. In Jamaica, electricity theft is estimated to cost the Jamaica Public Service Company $200 million –  80 percent more than a decade ago.

Matt Copeland, head of policy and public affairs for National Energy Action in England, said in August 2022 that the problem is getting much worse.  “The staggering increases in the cost of energy is leading to desperation. Some households… are resorting to electricity theft, which is illegal as well as dangerous.”

On every continent, theft is a significant challenge, with rising energy costs and new energy-intensive practices like bitcoin mining causing it to escalate even further.

With an expected 1.3 billion smart meters to be installed globally by 2025, energy providers now have the opportunity to leverage the trillions of granular AMI data points those meters produce to accelerate transportation electrification, improve customer engagement, advance decarbonization and enable bottom-up grid planning for greater resiliency and reliability. But for many, one of the most exciting applications of AMI data is revenue protection. In fact, combating non-technical losses is one of the primary drivers behind the massive 250M smart meter roll out now underway in India.

Historically, apart from basic meter hardware tamper alerts, broad-scale theft detection has been a top-down approach implemented at the grid level. This high-level view has been limited to assessing groups of homes associated with a single substation — for example, the 100 homes on a particular feeder/ substation — and flagging that group for review. The resulting investigation process often takes days or weeks to resolve in the field. Beyond that, there has been no consistently accurate means to pinpoint exactly which of those 100 customers are bad actors.

Now, however, Artificial Intelligence (AI) makes it possible to process data in hours, not days, and, like a detective, provide a clear, data-driven picture of exactly what is happening behind each meter. For the first time, energy providers are empowered with accurate and precise information about each meter upon which they can act to deter theft.

Bidgely’s AI-based analytics — backed by 17 energy-specific data science patents — center on disaggregating consumption data. This data science makes it possible for utilities to conduct theft analysis home-by-home, at the appliance level, rather than only at the transformer level.

Meter Tampering
In cases in which electricity thieves take steps to prevent energy consumption from being recorded, our AI algorithms leverage energy consumption patterns, technical parameters of phase currents, neutral currents, voltages, power factors and available smart meter events to identify where and how meter tampering is most likely to have taken place. Tampering patterns include notable drops in consumption with corresponding electric anomalies.

Direct Theft
When consumers bypass the meter using an illegal connection mechanism, consumption patterns might flag such anomalies as when there is a change in outside temperature but no corresponding change in electrical use — i.e. when a heat wave occurs but there is no increase in cooling-related electrical use. Our analysis also looks at characteristic energy use for all homes with similar sanctioned/connected loads to identify significant outlier homes.

Targeting Bad Actors
Beyond smart theft detection, Bidgely’s advanced data science categorizes theft incidents and bad actors as high, medium or low probability and estimates how much energy loss occurred during an anomaly period. Our analytics also reveal the duration of theft activity and how many times the behavior was repeated — information a theft inspector cannot determine in a visit to a tampering site. This loss analysis enables utilities to focus mitigation efforts on the most significant violators and prioritize high probability and high value cases to ensure the highest possible return on investment to ensure the greatest theft mitigation success and return on AMI investment.

Bidgely has been selected by REC Ltd., a CPSE under MoP, GoI to participate in Ministry of Power, GoI Technology Incubation Challenge Powerthon 2022, which was organized in collaboration with SINE incubation lab of IIT Bombay. Our category is AI/ML based data analytics of consumer power consumption/ behavior and detection of theft for energy in support of the National Revamped Distribution Sector Scheme (RDSS) to reduce losses of State DISCOMs in India to 12-15% by 2025.

Through this challenge, we have engaged in a theft detection effort with a state utility to further demonstrate how AI-enabled data analytics can detect and resolve India’s energy misuse issues. At the same time, we’re working with a large utility in central India — in collaboration with the World Bank — to further prove theft detection analytics use cases.

Household-level energy theft detection enabled by artificial intelligence is setting a new standard. As the leader in energy disaggregation, Bidgely’s Energy Theft Solution enables utilities to not only see and understand loss with precision and accuracy, but also evaluate its severity and impact on revenue. Our results promise to significantly benefit utility revenue, grid performance, customer experience and safety.

To learn more about how Bidgely can help you successfully combat theft, visit our Energy Theft Solution knowledge center for a full library of solution briefs, playbooks, videos and more. 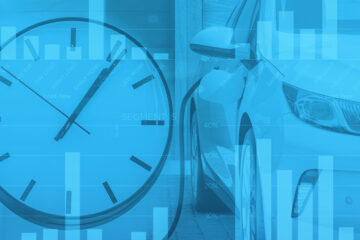 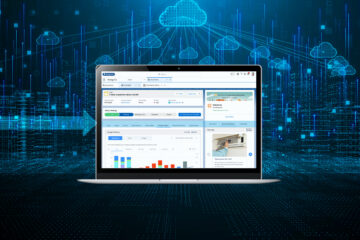 Upgrade your CX Platform Without Upending Your Organization

When it comes to selecting or upgrading a CX platform, many stand-alone point solutions claim the value of their platform comes from replacing multiple existing systems. That can be a daunting prospect for an IT Read more…

When it comes to decarbonization and beneficial electrification, the surging electric vehicle wave has received most of the attention.  But reducing building emissions is an equally and increasingly critical part of the solution. In fact, Read more…