The first episode of Bidgely’s 2022 Engage+ video series took us to Seattle, Washington to sit down with the team at Seattle City Light and the Electric Power Research Institute (EPRI) to learn more about how City Light is driving transportation electrification innovation.

We had the chance to speak with Energy Innovation and Resources Officer Emeka Anyanwu, Director of Electrification and Strategic Technology David Logsdon, Senior Manager of Grid Modernization Uzma Siddiqi, Transportation Electrification Portfolio Manager Angela Song to explore City Light’s approach, as well as talk with EPRI Program Manager Jamie Dunckley about the comprehensive electrification assessment conducted by EPRI that is informing much of their approach.

Anyanwu kicked off the conversation by describing the unique Seattle environment that allows his team to think boldly when it comes to serving their community.

“The environment here is welcoming of really forward and aspirational thinking around both environmental justice and racial and social justice,” he explained. “We can do and say things and, and aspire to achieve things in Seattle that would be much more difficult in other parts of the country. It gives our team a sense of purpose, and it dares us to think more ambitiously about how to best serve our communities, improve equity and meet the climate crisis.”

It didn’t take long to see exactly how the bold, community-oriented mindset he described is inspiring CIty Light’s electrification initiatives – first and foremost with the utility’s prioritization of transit electrification over personal EV programs.

“I think what you see in lots of places is that cars are the form of electric mobility that gets the most attention,” Anyanwu said. “There’s a lot of discussion around vehicle charging, and charging access. And those things are certainly important to the electric transportation transition. But we were in a position to choose to prioritize communities that have historically been underserved and underrepresented in these conversations and to make their priorities, not just first, but primary to what we were trying to do. It’s part of our belief that we have a duty to re-envision an energy system that elevates and uplifts communities throughout the Greater Seattle region, but especially those communities that have been historically left out of important conversations and decisions around our energy system. We were able to make a strategic choice that might meet with more resistance in other scenarios. But here in Seattle, we received a lot of support from our policymakers and from our communities for making that choice.”

“It’s very tempting as a utility to approach something like transportation, electrification by hiring a consultant, coming up with a game plan, and then hosting some town halls to say, ‘this is what we’re doing, and aren’t you excited to benefit from it,’” agreed Logsdon. “We wanted to turn that around, and do our outreach from the earliest stages so that the community had a chance to actually give meaningful input to our plan before the plan was fully baked. We wanted to listen and implement what we heard from the community.”

Logsdon said City Light’s outreach included talking with what he called ‘the usual suspects,’ including car manufacturers and electrification supply companies, but that the majority of their outreach focused on Seattle’s environmental justice communities and the stakeholders who represent the residents who live and work in those neighborhoods. This public outreach informed the utility’s Transportation Electrification Strategic Investment Plan (TESIP) which prioritized public transit, expanding access, and greening the fleets that operate through environmental justice corridors.

We saw first hand how transit electrification is proceeding at an accelerated pace, thanks in part to City Light’s partnerships with King County Metro, the Washington State Ferry System and more.

“King County Metro and the Washington State Ferry system are working to switch to battery electric, and that can pose huge loads on the grid,” explained Logston. “King County Metro is electrifying all of their buses by 2035. The waterfront is similar. We’ve got 140 megawatts of load growth on the waterfront. That’s why we’re partnering with them early on to understand how we’re going to charge those buses and ships and are developing innovative plans. We’re looking at peak shifting and battery storage. We’re doing studies about the potential for a network of microgrids for grid resilience. We’re looking at green hydrogen as a potential way to decarbonize maritime onshore. So there’s a lot of different strategies that are emerging. And especially for those load clusters, we really need to look at all of the options, test them, and scale up what works.”

“Over the last year or two, we’ve established a partnership with Washington State Ferries as they see electrification as part of their solution to decarbonize their diesel fuel use,” added Siddiqui. “It’s a large load, and our grid wasn’t designed for that large load. So we are preparing to make changes. We’d like to figure out whether there are different approaches to take. Do we always just do the thing that we’ve been doing for the last 5, 10 or 20 years? For example, one of the ideas we’re exploring is to install a large battery that would make it possible to charge two boats simultaneously – one from the grid, and one from the battery. So about eight times during the day, two boats will come onto the system. That’s a great way of using the system that we have as efficiently as we can.”

“We’re also engaging with all the fleet operators to understand where they will be charging, so that we can plan for that on the grid – because these are big loads,” Logsdon emphasized. “We need to plan for that, starting now. And one of the big fleet operators that we’ve got our eye on is the trucking out of the ports. There are 3,000 trucks that operate out of the Port of Seattle, so we’re trying to figure out how to best start some pilots to understand where we can be effective. And we hear things like, ’you need to add amenities.’ And so we’re looking at how to build hubs that offer what operators are looking for. We know one of the most important things with electrification is that the early experiences are positive.”

Though transit and fleets are the top priorities, City Light is tackling personal EV needs as well. But here too, they are looking at their customers’ needs differently than many other markets. The majority of City Light’s residential customers live in multi-unit dwellings while a minority of their customers have access to a single family garage.

“Another of our areas of focus are multifamily properties and other residential locations without driveways,” explained Song. “That’s our first focus for building electrification, because it’s the toughest to electrify. These buildings were built long ago, so the panel infrastructure behind vehicle charging needs to be looked at and upgraded. It’s hard to electrify.”

When it comes to public charging stations, Song said they are in a pilot phase.

“We’re aiming to install 21 by the end of Q3 2022,” she said. “As with our other transportation electrification plans, our public charging program has been built on a lot of community outreach. We can always lean on the community to tell us where they want our investments. We take their feedback and look at the map and assess where the capacity is.”

In addition to community input, every member of the City Light team pointed to the electrification baseline assessment, which was conducted on their behalf by the EPRI, as a crucial element of their future ready grid planning process.

EPRI’s Jamie Dunkley explained that the assessment laid out several electrification scenarios ranging from ‘business as usual’ to ‘100% electrified’ and examined what it would take to meet each of them – including what transportation and buildings would need in terms of energy and power and what capacity is available on the grid side.

“What was great to see is that there is a lot of available capacity on Seattle’s grid. So they can handle 100% electrification,” said Dunkley. “The bigger challenge is figuring out when and where it’s available. There might be areas where capacity is a little bit more limited. And then areas that might have more capacity. So it’s important to think through what kind of electrification would happen in potentially limited areas, and different management strategies that can be used to make electrification work in those spots without putting in a lot of investment into the grid.”

When it comes to takeaways for  other utilities that are in similar situations, Dunkley suggested examining ‘what would it take’ is a really useful exercise.

“Thinking about how much energy is needed, and how much capacity they have, and looking at where there might be a disconnect is useful for any utility when promoting electrification and decarbonization. That baseline empowers you to figure out the strategies to help you get there,” she said.

“A new era is emerging with utilities,” concluded Logsdon. “We are keeping the focus on reliability, affordability, safety that has always been there. But it requires new investments to maintain reliability because we’ve got the load growth coming from electrification. We need to start investing in new ways to prepare for that new resource. And resilience is a key aspect. We’re expanding the services we provide to our cities. If there’s an outage, we have to ensure there is some way for people to fuel their cars and keep the ferries and buses operating. And that’s a big ask for electric grid modernization. If we’re going to maintain reliability and resilience, it’s crucial we bring new resources to the mix.”

I think Anyanwu got it right. What Seattle City Light is doing with electrification does in fact represent some of the industry’s boldest thinking. If you’d like to hear more from the City Light and EPRI teams about the innovations underway in Seattle, watch the full Engage+ episode on demand and sign up now to receive updates about future episodes, including episode 2 in June when we will travel to Texas to talk with CenterPoint Energy about grid resilience. 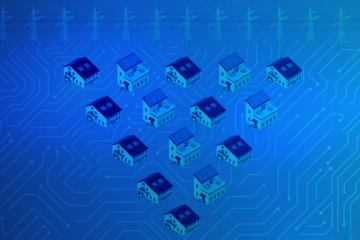 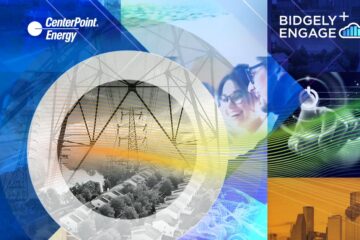 CenterPoint Energy: A Multi-Stakeholder Approach to Grid Resiliency and Electrification

Watch the full Engage+ episode on demand. Against the backdrop of Houston’s extreme weather and vulnerable communities, CenterPoint Energy has prioritized strong resiliency and electrification strategies to maintain its status as the energy capital of Read more… 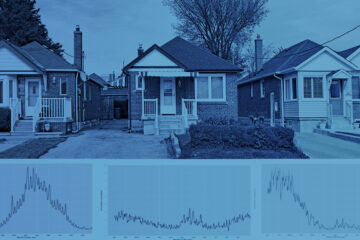 More than a simple optimization exercise, rate design requires a complex balancing act to cover the costs to reliably provide service, charge a fair and transparent amount to all customers, and not overburdening any specific Read more…